A missing verse in the Christmas lectionary

The first reading from Isaiah for the Christmas midnight Mass (9:1-6) has consoled me for many years. It includes this promise of the end of repression and war against the people:

For the yoke that burdened them,
the pole on their shoulder,
and the rod of their taskmaster
you have smashed…
For every boot that tramped in battle,
every cloak rolled in blood,
will be burned as fuel for flames.

I especially remember one year, perhaps it was in 1989 after the massacre of the Jesuits at the Central American University. As I heard these words, I began to cry, thinking of the many deaths wreaked on the people of El Salvador (and many other lands) by an oppressive military, funded by the United States.

I am rather upset, though, to find that the fourth verse of the reading from Isaiah is omitted in the Spanish lectionary and that people in Latin America may not hear the verse that prophesies the destruction of military boots and bloody cloaks.

The verses may refer to not taking booty in a holy war, but I hear them more as a promise that violence and war do not have the final word.

In a continent ravished by violence, in a country with a high index of murder, I want to hear this promise. I want to share this promise that the newborn Prince of Peace brings. I want to say to those who have seen their neighbors slain – by gangs in the big cities, in vengeance killings throughout the countryside, by government and death squads – that God’s vision is different, that God is Peace, who comes as a poor baby, born in a manger, visited by shepherds, outcasts of their time.

Maybe I’ll just have to include this verse in my homily – announcing the Prince of Peace. 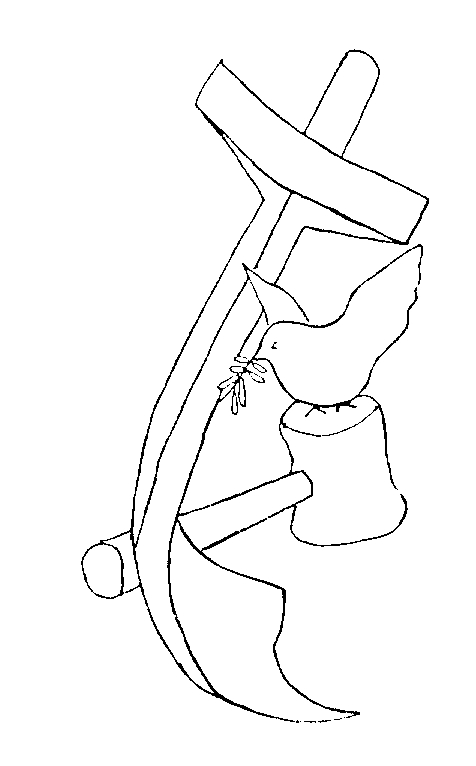 This entry was posted in Uncategorized and tagged Christmas, Isaiah, lectionary, peace. Bookmark the permalink.

One response to “A missing verse in the Christmas lectionary”