There was a rich man who dressed in purple and fine linen, who dined sumptuously each day. And lying at his gate was a poor man named Lazarus, covered with sores. He longed to feed himself with the scraps that fell from the rich man’s table.
Luke 16:19-21 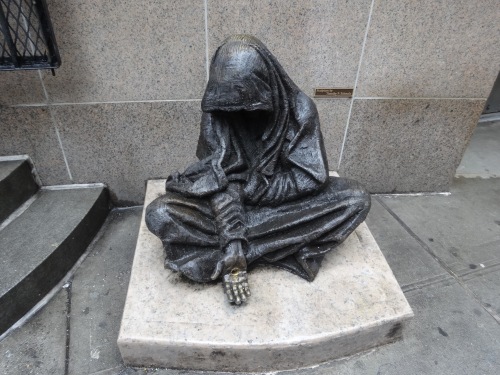 The poor have names in the Kingdom of God. In the kingdom of money and power, we have the rich and famous. But with God, things are very different.

It is so easy to just dismiss the poor as a group and forget that they are real people, with names, with lives, with families. It is also so easy to fail to realize that an economy, the structures of an unjust economy that is based on inequality rather than solidarity, kills. An economy based on arms kills.

To help us make this real, I suggest we make our own the exercise that Bishop Robert McElroy shared with the US Regional World Meeting of Popular Movements on February 18, this year:

Now, when I quote the Pope that “this economy kills,” people very often say to me, “Oh come on, that’s just an exaggeration; it’s a form of speech.”
I want to do an experiment with you. I want you to sit back in your chair for a moment. And close your eyes, and I want you to think of someone you have known that our economy has killed: A senior who can’t afford medicine or rent; a mother or father who is dying, working two and three jobs, really dying because even then they can’t provide for their kids; young people who can’t find their way in the world in which there is no job for them, and they turn to drugs, and gangs and suicide. Think of one person you know that this economy has killed.
Now mourn them.
And now call out their name; let all the world know that this economy kills.

The full text of Bishop McElroy’s astounding speech can be found on the San Diego Diocesan site here as well as here in Rose Berger’s blog..